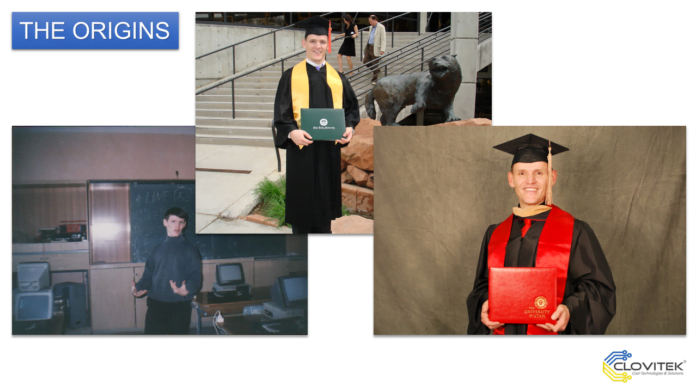 I tried to enjoy my childhood and bear the loneliness around me as an orphan in Ukraine, being alone in the crowded place, which was not the kind of loneliness that could inspire you. I was instead inspired in going further, beyond that unbearable state, not making peace with what life gave me. I tried to respect my parents, and I did silently, even though they were not around. The orphanage school and then colleges were the only thing I enjoyed, finding a way to be better, to go further, to learn and later to teach others who were willing to learn. That was my only way out. I feel that is important for everyone to know how life is treating orphans, lonely and unwanted, I felt that my native country was also worth being mentioned, not to be judged, but to remember. In the morning, on Christmas day, right after orphanage life in a foster care when I was 12 (where I lived only for 6 years until 18, and then I started to live on my own) everywhere you looked the holiday spirit was present and everyone seemed more cheerful than they would act on other days. Maybe it was the food, maybe it was that many people took their vacations for the holidays or maybe it was that energy going around in a big circle, reminding that we were all humane and should be acting as humans, even if it was just for a couple of days.

Caught up in that circle, my foster brothers and I used to go caroling that night and then the night after, on the day of Christmas. As I found some book that had dozens of carols in it, all together with lyrics and music sheets to help you learn the tonality and rhythm on how a certain carol was supposed to sing. I didn’t know how to read notes and music sheets, but I tried to keep up with the lyrics, combining what I’ve already known. My music teacher tried to teach me how to sing all of the carols I found in the book, and I was really dedicated to learning them all, but even if I could, my foster brothers knew only two, so our repertoire was very limited.

Why were we so dedicated in caroling? Well, I liked singing for as long as I was aware of my talent, but we were in it mostly for the money we would get as we were going door to door. Some of the people were giving us sweets and candies, as they probably thought that children loved candies, but during the holidays, we had lots of sweets at home, so what we were hoping for was money. It was a good way to earn some pocket money, and I was glad I got a chance to sing and maybe make someone’s day. At first, my foster brothers were singing with me, but most of the people we visited heard only my voice.

As all three of us knew the Carol of the Bells, we mostly used that song. And I really felt the warmth as I was singing the carol words for the hundredth time that day, and as a great token of appreciation, there came some money.  I was a little upset since my brothers were getting money as well, even though I was doing all the work, but I was kind of glad they were there to back me up, since I wasn’t sure if I would have enough courage to sing on my own in front of so many strangers, so I made peace with that situation as it was very nice having company. Since that first experience, I kept making money each Christmas signing carols, although I continued to look for other ways to make even more money through the year. Then 14 years later, my first personal experience starting any business and make it the reality was when I’ve learned about eBay back in 2006. I thought I could resell products and start my business that way. But because knowing how to set up your personal website is not enough to drive traffic to it, I think I’ve learned from it that I would need to do something that would interest people. But at that time, being new in the United States, I did not know much about the culture and people’s needs. During my studies at the Utah Valley University in Utah, in 2009, while doing my final coursework, I came up with the solution that you possibly know today as Qualtrics or SurveyMonkey or Google Surveys. I did my final research paper with the subject “Conducting Field Surveys using .NET Compact Framework on Mobile Devices”. My research paper consisted of me creating a mobile app on a Nokia phone that would collect data and transmit it from your mobile phone to a home-based server (something we call Cloud today). At that time and today, Windows-based mobile devices were capable of running different applications that can benefit Society in many different ways. One can benefit from .NET applications is by using a mobile device in a field where regular Internet services are unavailable, for instance, a doctor, working with patients in one of the African villages and collecting data about health status of one of his/her patients, then transmitting that data to a server located in his/her office for further analysis; or, an instructor at school collecting quiz results from the students in the class, and then posting those results from a server immediately after a quiz without having to manually calculate the results. All those different applications sounded cool to me, but I didn’t have anyone at that time to guide me how to create a business from such a useful tool that I’ve created. My instructor who supervised my work has also failed me in guiding me to starting a business because he was mostly technical and not a businessman. However, he did mention that it could be used by people in the future if I put a bit more work into it and converted into a real business. A few years ago, back when I was just starting my MBA program at the University of Utah (2014), I’ve decided to give my new idea the first try to make it a successful business, make something real, tangible that others would want, and not let anyone fail me this time. The biggest fear at that time I was thinking that someone might want to steal my idea. So, I started exploring different options on the Internet. Then those Marketing companies started contacting me. All my life I was naive and failed to succeed because I trusted people I was not supposed to trust. But not this time… You can find a full story on how I found support from the University here: https://goo.gl/d8gcMR. This time I was much more prepared. And soon, after getting my provisional patent I was ready to share my passion and my real device with the world. But I wish that I had all that knowledge about starting and running the business, intellectual property protections, finances, etc. earlier.

So, my lesson about building something that you are passionate about: don’t stop learning, spend your time, resources, money (make some if needed), and keep trying. For me, a few attempts before in creating something real were failures, but they also were my lessons.

I somewhat believe that if you are passionate enough about something you will succeed. But I don’t believe you will succeed no matter what. I have always been passionate about things I do in life. But there is a price to pay if you truly want to succeed. I think that the best way to put it, that if someone is passionate enough about something and they fail, if they don’t learn how to get up and move forward no matter what, then they will not succeed.