When I was a child, I was asked to write about my country and how much I love it. I got a good grade for my essay and was proud of what I wrote about. This is what was written in my essay so you understand a bit about our country past, present and what to expect in the future.

The life of Ukraine, its past, present and future in the eyes of its poets and writers has been very clear to modern-day society.

One of the Ukrainian writers once wrote “You can choose anything you want in this world, my dear son, but you cannot choose the country in which you were born” (P. Simonenko).

Oh, God, how much trusting, believing and patient we were. So many times we allowed to be lied to during our Ukrainian history. Because of our belief we allowed to be treaded upon. Did our enemies hope that damaged by Chernobyl Ukraine doesn’t feel any pain anymore? Did they hope that everything that was imprinted in the memories of the people by the history could be removed from the memories of its people? Did they hope that this nation had forgotten the invasions of the bandits in the nearby borders? Did our enemies forget how they shot our people under Kiev having most evil feelings toward them; how they were shooting into the heart of its nation?

Nothing could destroy our desire for freedom: neither our past leaders’ false compromises or their lies, nothing could stop the movement of the new time, the new area of freedom.

My Motherland is my native country Ukraine. I am not sure if there are words that can express my love to her, because love is not just in words, it is your life and your hard work. It means to be a true son or daughter of your Motherland, so she can be proud of you. Because real patriot is he or she that showed their love with their life and didn’t embarrass their Motherland but glorified it through many good deeds.

This kind of love starts here, in its own country, to its own people, to the parents that raised you, that taught you your language, native songs, read poems of native writers, that taught you the love to work; to the parents, that raised you to be thoughtful and honest and to be good to others. This kind of love starts with the love to your native culture, traditions, poetry, nature, with fields that are swept with the fresh grains planted in the nearby villages, and the school that you attended as a child and then as a teenager, that opened in front of you the mysteries of the world.

Everything in this life is moving to the future, leaving the steps of the past behind, that are written in the history books, in the memories and the hearts of its people. Future generations will come and will see the new Ukraine, freed from the ecological Chernobyl disaster. I want to believe that instead of the nuclear seas, one will see golden fields of the nation’s well being, and that there will be beautiful orchards of the independence and freedom in this land.

Many changes have occurred in the life of our nation. There was Second World War. In 1944 one of the famous Ukrainian poets wrote in his poem called “Love Ukraine”. With the spirit of Victory over World War II, this poem has love to the Motherland as the foundation of this poet’s views”

“Love Ukraine in your dreams and in life,

It is somewhat strange that there are people that live in Ukraine and don’t speak its language. It is not just applicable to my country. But what hurts the most that Native Ukrainians neglect their own language that was given to them by their parents.

As Ukrainians, we have this great opportunity to call our own language as native because it is one of the most melodical languages in the world. It has so much music and tenderness in it. You can’t even imagine its difficult path that it went through, so it can be freely spoken in Ukraine today. It was treaded upon and was being destroyed by Turkish invasions, it was mocked by polish leaders. It suffered a lot during Stalin times. The teacher at school at that time couldn’t freely encourage her children to speak their own language “Children, you are learning a beautiful language, don’t be ashamed of it.” If she did say that then she would have been tagged as a traitor and no one would be there to protect her.

Honestly, how can’t you love your own rich, melodical, terrorized by centuries Ukrainian language. This is eternal, and without the beginning the source that has the soul of its nation, that has given its wisdom, glory, culture and traditions to all future and present generations.

When I think about the past of my country I see the dark, carried by enemies’ wars, with thousands of captured Ukrainian beautiful girls and women, and tall strong beautiful young men that defined the beauty and hope of Ukraine.

There were many men and women that loved the idea of freedom and that fought for it and protected their Motherland. Ukraine will never forget those freedom loving people.

Maybe this is why I love my Motherland, when I realize how many freedom fighters were put into prisons and were sent to die in Siberia while building up the power of USSR. “You were proud of it” as one of Ukrainian writers, Taras Shevchenko, wrote, but there was nothing to be proud of then. As Ukrainians, we have been told only a handful of truth about those glorious freedom fighters, they were called traitors during the rule of USSR, so our belief in our Nation would weaken so as the nation we couldn’t look up at the freedom fighters’ examples and so we wouldn’t follow their footsteps. Those freedom fighters paid a high price, but we as the nation were shut to silence. Whoever opened the mouth to speak for freedom was shut forever during Stalin times. But now, we rose up as one free nation during those days when the independence of Ukraine was declared on the 16th of July 1990 and when constitution of Ukraine was accepted on the 24th of July 1991, and on the 24th of August 1991 the Ukraine became an independent national state, signified by the Parliament’s approval of the Declaration of Independence of the Ukraine, which followed by the All-Ukrainian Referendum on the 1st of December 1991, when more than 92% of the citizens voted for independence, and put an end to ideological dictatorship.

As still young nation we continue to grow, and we have hard work to do for the future. And this work has to be creative, constructive, and free of corruption, because only this hard work will make this gained with blood freedom hopeful.

This is the poem that I wrote about my glorious country Ukraine:

There will smile once again,

The power of word in its bounty.

The happiness will love us

And those that love Ukraine

When the freedom and glory are here.

The glory moves along the orchards,

The villages and small lands

As the sun brightly shining

The glory shines in Ukraine.

As the poet, Shevchenko

So you love with your heart and soul 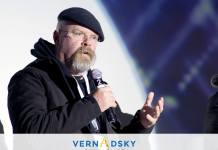 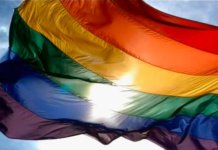 Conquering of the Timpanogos Mountain, 2012 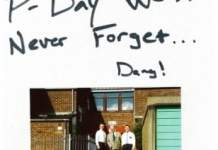 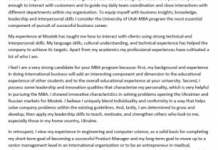 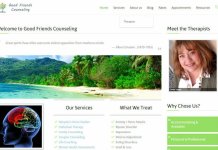