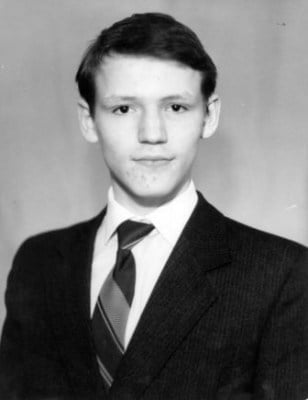 My life in the Orphanage continued.  And the life didn’t seem like was going to change anything.  Since we’ve lived in the communist times the only unchangeable thing was the style of life that people lived in.  People lived day by day knowing that tomorrow or even day or a year after tomorrow will be the same.  I continued to live in these poor conditions.  Some say that the communism was a good thing; some say that it was bad.  But I say making of us good people, but not helping us with our progression.

Sometimes to feel free from the constant “watch guards” (my teachers), I would go out into the nearby store and would start talking to people.  But this is what I talked about: “Please, help me with some money!  I don’t have mother and father, I am from the orphanage.  Please give me 20 kopek (Russian money that was present at that time) for some ice cream.  Since ice cream was my favorite dessert, I tried to do my job like no one could do it, so I could succeed in making money to buy it.  And as much as I remember, I succeeded many times in getting money for ice cream and other things.  After I received the money I happily ran into the store and bought for myself what my soul had desired.  Remember that I didn’t have sweets served in the orphanage on the regular basis.  To have sweets in the orphanage it had to be either a new year or some other big holiday.

But this wasn’t the only way I’ve learned how to make money.  I can say that some of the business skills I’ve gained were at the age of 9.  I learned how to make money another way pretty much the same time when I’ve learned how kindly to ask for money.  The other way of making money was to collect the bottles of different kinds of drinks, beer, pop, vodka, etc and sell them back to the store.  This way I could make some extra cash for more sweets.

Besides making money, I’ve learned how to thank God for all He has done for me.  I remember my first prayer.  I asked my teacher to teach me how to pray.  I had some inner feeling toward God, and wanted somehow to connect with him.  The only way I’ve learned how to connect with God was through prayer.  My first prayer to God was “The Lord’s prayer”.  I’ve learned it in an ancient Slavic language.  I thought that my prayers said to God as a child, were the most powerful.  Later in my life I’ve learned “The Lord’s prayer” in Russian and Ukrainian.  Then I’ve memorized a dozen of other prayers that came from the Orthodox prayer book that was given to me by my foster mom’s mom. Probably I’ve memorized over 25 prayers at that time. One of the longest prayers that I’ve memorized was called “I Believe”. It is an orthodox prayer that outlines the principles by which as an Orthodox Christian I should live.

In the Orphanage boys slept on the second floor and girls slept on the third floor.  We can’t visit each other because there always a nanny sitting on each floor at the door, to make sure that the order through the night is present.  But since those nannies weren’t as diligent as they should have been through the night, sometimes there was chaos present on each floor.  This is what happened in the middle of the night:

When everybody is asleep, including the nanny, some boys from the older classes would visit other bedrooms where 4 people (boys or girls) slept.  Those guys wouldn’t mind making fun of you.  So they would both wake you up and ask “where are the keys to a war tank?” (the war tank doesn’t need keys to start, but the joke was to wake you up and find you all confused and then you come up with some funny answer) or they would put toothpaste on your face, so in the morning, besides looking funny, your face is dry and stings.  Or they would throw something at you, yelling “Earthquake Earth quake!”  The first joke meant just to make fun of you and watch your lost face, since the tanks don’t use the keys to start.  But the other jokes, meant to hurt you in some way.  I don’t know if it is still happening in the orphanage today.  But, it happened many times when I was there.  Well, when someone tried to scream, just as I liked to do, those bad boys would beat you.  One night it happened to someone in my bedroom.  I told those bad boys to go away, but they wouldn’t.  They wanted to beat us up, but I said “the Lord’s prayer” quickly and immediately I saw the results.  The nanny came over and sorted everything out.  This is the first time I saw a prayer in action.