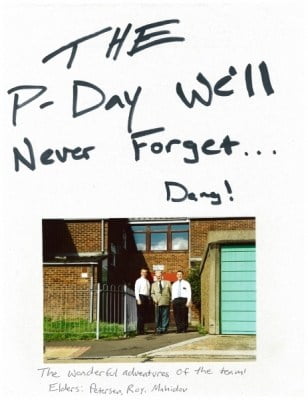 From 2002 to 2004 I have served my mission in England London Mission. At that time I had some great times with the members of the LDS church (also known as Mormons) and different companions (elders). Once a week we had something called P-day (preparation day). We were granted a day once a week where we take time to prepare ourselves for the rest of the week. Our P-day was every Wednsday. Sometimes when we felt that we have prepared ourselves properly we would just spend time doing something fun.

I spent over 6 months in Grays area, 3 of which was with Elder Peterson (very nice young man I have found easy to work with). Also in that area we had one wonderful member, his name was Roy Cohen. He had kind of Jewish name but he didnt know much about his family, just like me. What was good about Roy that he always wanted to spend time with missionaries, either by going to different discussions or just hanging with us and doing something fun, even though he had difficulty walking (he always had a cane with him which he used as support). He was the one who made me a great present on my birthday: my first ever digital Olympus camera. Roy had money and new how to help people who were in need.

One day we have decided to make it special day and spend time with Roy by going to London Center.

Well, as the result of a great time in London, my companion, Elder Peterson had prepared a little photo album for each of us which can be found here: Image Gallery London Days Pictures 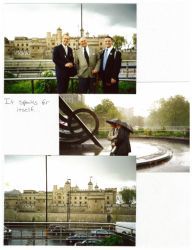 I have also taken a few pictures myself of my preparation day I will never forget. It was fun indeed. Here are the pictures I took myself: Image Gallery London Days Picturess/ 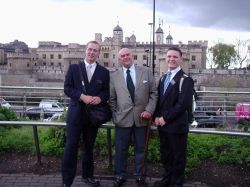 Later in life I heard that Roy had passed away. I was really saddened by the news but could not resist remembering great times I have had with him.

At the Very Top of the Timpanogos Mountain in Utah